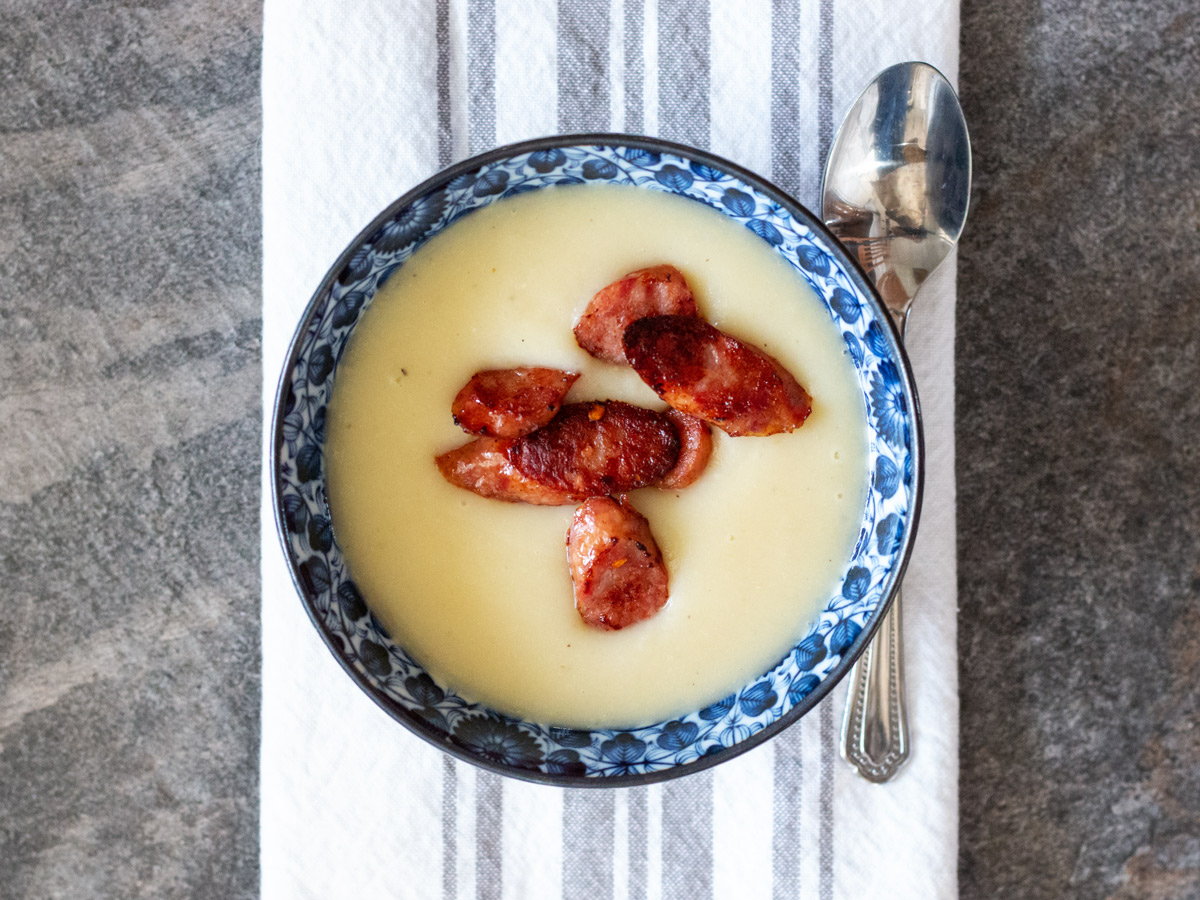 As an Amazon Associate and member of other affiliate programs, I earn from qualifying purchases.

There are times when you want a thick, chunky soup. Other times you crave something smooth that you can just sip…and sigh. This incredibly creamy soup is sure to be a quick favorite and a great change of pace.

To Make this Creamy Potato and Leek Soup you will need:

I typically publish new recipes every week. Want to get them in your inbox? SUBSCRIBE!

To begin, you will need to dice and wash your leeks.

How to Wash Leeks

When you prepare most vegetables, you wash them and then you dice, chop or otherwise cut them into your desired shapes and sizes. Leeks are very much the opposite.

You see, leeks like to grow in sandy soil, and as they come up out of the soil, the leaves capture sand in between the folds. Those grains of dirty sand work their way down inside the leek. So the only way to get the dirt out, is to open up the leek.

Start by removing the root end from the leek, and the dice the white and pale green part of the leek into your desired size.

Take those pieces of leek and place them in a colander.

Place the colander in a large bowl of cold water.

Use your hands to separate all of the layers and “swirl” the leeks around in the water. This allows the dirt and debris to fall through the colander and down into the bowl.

Lift the colander from the bowl and let the leeks drain. Use as needed for your recipe.

How to make this soup:

Place the ghee and leeks in a Dutch oven and cook over low heat until the leeks are soft, but not browned. About 5-10 minutes.

Add all of the remaining ingredients, except the smoked sausage.

Bring it all to a boil, reduce the heat and simmer it until the potatoes are soft – about 20-25 minutes.

While the soup cooks, saute your sliced smoked sausage in a skillet until it is nicely browned on both sides. Transfer the sausage to a dish that is lined with paper towels. Set it aside for a moment.

Serve your soup, topped with some of the smoked sausage.

This soup would go well with some Grain-Free Biscuits on the side, too.

Have you tried this recipe? Please rate this recipe below in the recipe card! & Don’t forget to save it on Pinterest!

This data was estimated and provided by Nutritionix. Accuracy not guaranteed.

Did you make this recipe?

I would love for you to share it on Instagram and tag @wholesome_skillet (Don't forget to rate it above!)

This recipe was shared in Meal Plan Monday.

This site uses Akismet to reduce spam. Learn how your comment data is processed. 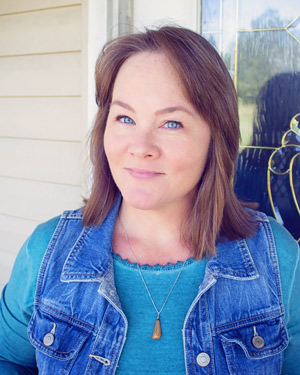 At Wholesome Skillet you will find healthy recipes made from real foods here in my Southern kitchen.

Please note: I have decided to combine my two websites. All of the recipes you see here on Wholesome Skillet will be migrated to my original site, Cosmopolitan Cornbread. I am setting up the pages here to direct you to where the recipe is located on the other site once it is moved. That way any Pinterest links or bookmarks you may have will still work.